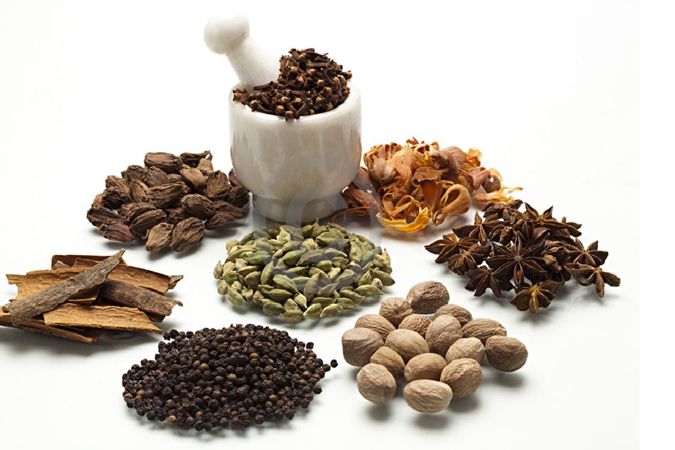 The garam masala spice blend is ubiquitous with Indian cuisine. It originated in the country and is used in almost every dish imaginable – but what many people don’t realise is that every state has its own unique take on the blend. While here in the UK we can easily pick up some pre-made garam masala that remains pretty much the same from store to store, in India the spice mix can vary wildly.

Just as with a variety of other famous spice blends and flavours – such as American barbeque sauce, Chinese five spice or Thai curry mix – garam masala recipes have often been passed down from generation to generation and have a rich history behind them.

And there’s nothing quite like a homemade garam masala, made from an ancient family recipe. The blend is usually added to dishes at the end of the cooking process to impart the most flavour. It takes little effort to prepare and can be stored for a long time, releasing fresh flavours for months. While homemade versions often include a lot of cinnamon and cardamom (relatively expensive spices), commercial versions can lean more heavily towards red chilli powder, as it is cheaper.

But as stated, the recipes for garam masala differ wildly from state to state and family to family. Kerala, for example, is known as the land of spices and relies heavily on a specific masala blend that incorporates coconut, cumin and red or green chillies. This makes for a very fragrant blend; in contrast, a Rajasthani garam masala is a lot hotter than some of its counterparts.

Garam masala literally means ‘hot spice blend’ in Hindi and the Rajasthani version certainly lives up to this. In most regions, garam masala is traditionally made from spices that are dry-roasted separately, before being ground into a fine powder and combined to create the sensational spice mix. However, the state of Rajasthan as well as the state of Bengal tend to make their garam masala a little differently; here, the blend is made without dry-roasting the ingredients.

These northern states also tend to include a number of seeds and flavours that some other recipes do not, such as coriander seeds, cumin seeds, black peppercorns, black cumin seeds, dry ginger, black cardamom, cloves, dry chili pepper, nutmeg, cinnamon and crushed bay leaves.

One of the most popular dishes in Rajasthan to use the unique garam masala blend to great effect is laalmaas. This is a signature dish that is red in colour and really meets the demands of Rajasthani’s for red-hot flavours. But’s it’s not just the garam masala that delivers flavour to this dish – red chillies and Kashmiri chillies are used for their heat and distinct colour, and a number of other spices and marinades are incorporated before the garam masala is added right at the very end to infuse. It is then served with fried onions and freshly-chopped coriander leaves.

For a true taste of authentic garam masala, head to one of London’s best Indian brasseries. Here all spice mixes, marinades and masalas are made from scratch, imparting a whole new flavour dimension to traditional Indian dishes.