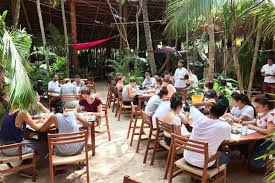 There are obvious plus points that you may want to check for before traveling down to Mexico for your next vacation, some of which include affordable drinks and foods, some nice and cool resorts with swim-up bars and the incredible weather. You might have read about awesome festivals that you can explore in Mexico, but we’ll take you through archeological and natural attractions you may want to add on your next trip to Mexico.

You might want to pay Yucatan Peninsula a visit if you want to learn more about the Mayan culture. There, you’ll be opportune to see the largest Mayan temple, also known as the Chichen Itza from the era before the European Colonization. That’s not all! Shipping to Mexico has been made simpler and easier, and you will not have to go through the stress of sending parcels like it has always been.

You shouldn’t miss it this time! Make sure to catch a glimpse of the serpent deity of Mayan mythology, also called the Kukulcan. During the autumn equinox and the spring, the undulating body of a serpent is shown as the sun casts a shadow on El Castillo pyramid steps. If you miss this, you still have the chance to watch the serpent effect at night when artificial lighting is used to bring back the sight.

Stand a chance to see “the world’s smallest volcano”

Size doesn’t matter! That’s an old saying, and it really applies in Mexico too. While some tourists prefer the view of a huge volcano, such as the Ojos del Salado in Chile or the Mauna Loa in Hawaii, you might take your tour to another level by visiting Cuexcomate; the volcano with a little compact. The shape of the Cuexcomate has made it retain its position as the world’s smallest volcano.

Visit a museum under the ocean’s surface!

Of course, the only country where museum curation meets coral reefs and conservation in Mexico. There’s a massive sculpture project known as MUSA (Museo Subacuático de Arte) formed in the Cancun surrounding waters. You can easily strap on the scuba gear and dive right into a new world full of wonders.

The project was launched in 2009 with the sole aim of pulling divers and tourist snorkelers away from the naturally formed corals, and it sustained damages from visitors and their boat anchors. The local marine life can now inhabit and investigate considering the fact that they have a new and expanded environment.