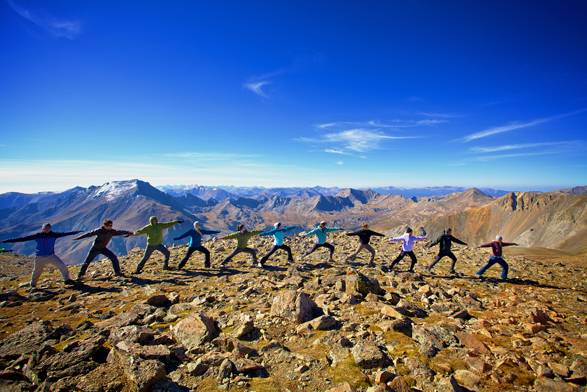 Boulder, Colorado is a great place to live. In this article, we’ll explain the six major reasons why if you’re considering a fresh start, Boulder should be one of your first choices to look into.

Houses for sale in Colorado, CO tend to have a lot of land, especially when you consider the exorbitant prices of some neighboring states. Despite having huge built up areas (which we’ll get to in the next section) there’s very few cities that can compete with Boulder’s rural setting – if you want to mountain bike or walk your dog amongst beautiful, breath-taking scenery, then there’s plenty of space to do so in Boulder.

Just because we’ve said that there’s a lot of nature in and around the city, doesn’t mean that the place is a ghost town. In fact, there’s a great downtown with everything you could possibly need. The population of boulder has exploded in recent years, and that looks set to continue with the ever-increasing demand for jobs and the ever-affordable housing situation.

3. The Student Population Is A Feature

Boulder has a huge student population. When you have a student population, you can guarantee a few things. Firstly, you can guarantee that there’s going to be affordable living conditions – students don’t have all that much money, so living on a budget is essential for them. Secondly, you know that they’ll influence the area. Students are innovative, and also positive about the future. This imprints upon the places they live in.

However, one thing that Boulder has going for it regards students is that they are a feature, and not the lifeblood, of the city. A lot of cities are “College towns” and so have little to offer older generations. This is not the case with Boulder. In fact, it has something for everyone.

4. Jobs: It’s the Silicon Valley of the Rockies

Boulder, Colorado has as its aim to become the “Silicon Valley” of the Rockies. Big employers include IBM, and there’s a sizeable tech start-up culture, which means that there is plenty of opportunity, both as an employee and young professional, but also as an entrepreneur or an investor. Whether you want to build a nest egg, grow a nest egg or spend a nest egg, there’s something for you in Boulder.

Many people move to a city for the climate. Boulder is exceptional for its climate. It has hot summers – but not too hot. It has cold winters – but not too cold. It has 246 days of sunshine, and only a couple of weeks of snow per year. In efficiency terms, this means that Colorado is a great place to live. It isn’t suffering a huge drought, and your winters aren’t going to be a constant struggle with the elements, where you are blocked in for weeks at a time.

The people are unquestionably the best part of Boulder, Colorado. They are diverse, kind and a joy to live amongst. You too could join them!