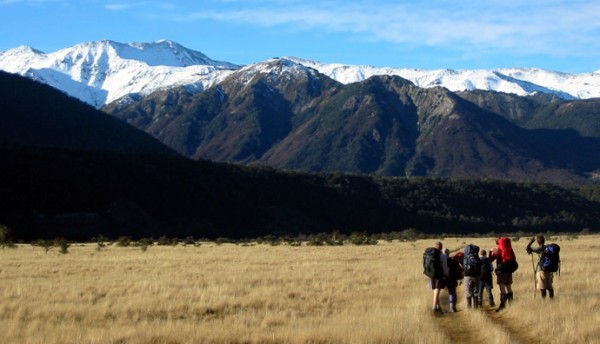 New Zealand is truly a magical country and its beautiful landscape has attracted filmmakers. The Chronicles of Narnia, King Kong and the epic The Lords of The Rings trilogy were filmed in the country. New Zealand is a place where we should visit, if we want to enjoy a pristine environment. The country is consisted of two main islands and various smaller islands. There are only about 4 million people in New Zealand, so many places are still scarcely populated. English is the main language of the country, so even a non-native English speaker will find it comfortable to visit New Zealand.

New Zealand is also known for its vibrant Maori culture. Despite their menacing dances and looks, Maori people are known for being easy going and proud of their heritage. New Zealand is close to Australia and it is considered as a place that people visit after travelling through the bigger neighbour. New Zealand people have nearly identical culture with Australians, they have love for sports and they love to have a good time. When visiting New Zealand, we could imagine to see a combination between Hawaii and Switzerland. There are so many breathtaking landscapes around the country.

We could find mountain peaks with glaciers and volcanoes. Obviously, we can find volcanoes in Hawaii and Switzerland is famous for its snowy peaks. There are also a few extras, such as bubbling mud springs. The rolling hills and lush green fields are reminiscent of European countryside. On the North Island, the major highlight should be the Bay of Islands and it is a must-see location when we visit New Zealand. We could catch a ferry to reach the area that’s also known for its unique atmosphere. In the area, we could also paddle in kayak in the islets. If we want to swim with friendly dolphins, we can do that here.

New Zealand is also known for its colourful past and we could find a combined relics of European and Maori cultures. Rotorua us known for its impressive geothermal attraction and Manaakitanga has a deep-rooted significance in Maori culture as a highly spiritual place. Rotorua is known for its beautiful gardens, mix of English Tudor and Maori buildings, cobbled streets and other attractions. When visiting the ancient crater lakes, volcanic mountains and geothermal steams, we will be reminded that we are standing on one of the most active spots in the Pacific Ring of Fire.

We could go to Hell’s Gate Reserve in Rotorua and it was where the scenes of Black Gate of Mordor were filmed. It is an interesting attraction for people with preferences towards the Lord of the Rings saga. The area is also popular for its spa therapy and travellers could enjoy the therapeutic benefits of Rotorua. The mud wraps and mineral pools will leave people feeling rejuvanted. In the South Island we could find the snowy peaks, even if it’s located only 1,000 feet above sea level.