Dating back to 835 AD, the church is famous for its events, Friday Liturgy, and educational institutions. One of the renowned pilgrimage centre, St. Mary’s Forane Church says a lot about the culture and lifestyle of the Christians. The pearly white building has a royal magnificence and is a perfect blend of Portuguese and Syrian Christian cultures. The church boasts a unique crucifix as it shows St. Sebastian without any wound. The church organises two annual festivals—St. Mary’s Feast and St. Sebastian’s Feast.

Originally built by the Portuguese missionaries in the 16th century, it was rebuilt in 1584 under then vicar Fr. Jacoma Fenicio. Fr. Jacoma Fenicio died in 1632 and eight years after his death, the church was again rebuilt facing the west towards the sand beach on the shores of Arabian Sea. The church houses a statue of St. Sebastian (sculptured in Milan) struck with arrows all over his bleeding body. Located in the Alappuzha region of Kerala, the church is famous of its 11-day annual feast held in January, popularly known as Arthunkal Perunnal.

Located in Edathua in the Alleppey district of Kerala, St. George’s Catholic Church has enchanting environs with mud levees being used for separating runs, which seems like a street in New York. There is also a huge shrine located nearby featuring architecture similar to that of the churches in Medieval Europe. The annual feast starts on 27th of April and ends on 7the of May. During the feast St. George decked in golden-coloured regalia is being carried out. 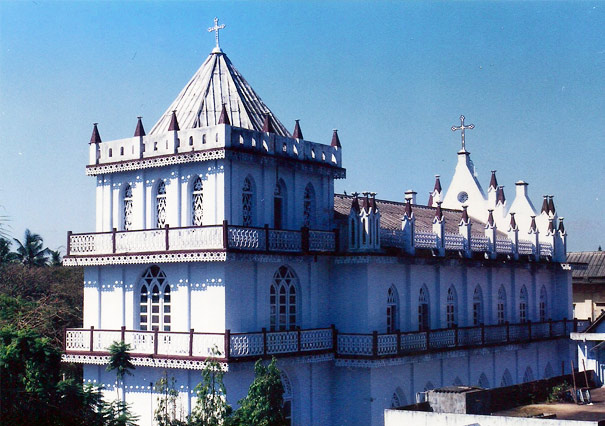 Founded by St. Thomas, one of the twelve apostles of Jesus Christ, St. Thomas Orthodox Church or the Malankara Orthodox Church uses the West Syrian Liturgy. Located in the heart of the Alappuzha city, the church depicts an architectural spectacle and a spiritual excellence. The church celebrates its annual feast on 15th of August.

Belonging to the Syro-Malabar Church under the arch eparchy of Changanacherry, St. Joseph’s Church is the first church in Asia dedicated to St. Joseph. Founded by St. Thomas, the church is in the Kuttanad region of Alappuzha. The construction of the new church began in 1994 as the ancient one was showing the signs of aging.

Browse through the Kerala tour packages and head to Alleppey to visit the popular churches. These old churches offer an idea of the historical past and spectacular view of the architecture of the state.