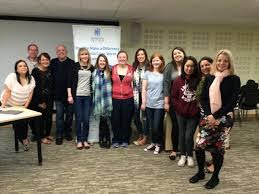 William Lauder is the American entrepreneur who is currently serving as the Executive Chairman and Chairman of The Estee Lauder Companies which is one of the leading manufacturers and marketers of skin care, fragrance, make-up and hair care products. As the company set the ball rolling with the four products which encompassed cream pack, cleansing oil, superrich all purpose cream and skin lotion, it required the eternal support to make an impact. No doubt in the initial stage it took time to register into the good books of the masses but in the later run, the firm continued to sell the products in London, US and other parts of the world, thereby gradually making an impact in the market.

Currently, it is holding the control of its product in more than 150 nations as well territories. For this the immense credit goes to William Lauder, who opted stern commitment and has the colossal prudence to judge the steps before pursuing them. No one can deny his hard efforts that had made the firm to reach the zenith. The heritage factor put the heavy onus on his shoulders yet he succeeded in building the firm quite exceptional.

Since, childhood he has been the crackerjack and that attitude helped him to earn M.B.A. and B.A. and B.Sc. in Economics from the Wharton School at the University of Pennsylvania with flying colors. Subsequent to this, he joined Estee Lauder Companies as the Regional Marketing Director in 1986. At that point of the time the company aimed at earning acknowledgement, however, now it has reached the sky scrapping height.

By being the principle man behind the business of Clinique and Origins across the globe he also overlooked the firm’s online business and free-standing stores.  Besides this, under his marquee, dramatically different moisturizing lotion of Clinique emerged as the best selling product in US. Hence, no one could doubt the requisite managerial skills William possesses. The regulating skills in William Lauder have been applauded at various podiums. For sure, has been the supersonic, surpassing all the competitors in the market with its quality product.

His contribution towards the development of Estee Lauder is enormous as he assisted the firm to develop a chain of freestanding retail outlets and also helped in selling its products in department stores across the world.  Under his marquee, the company acquired Smashbox Beauty Cosmetics and also signed the multi-year agreement with Tory Burch LLC for the exclusive worldwide license of Tory Bruch fragrance business. Besides that the firm possessed two beauty brands a skin care brand renowned for its Luxury Face Oil – RODIN olio lusso, and a fragrance and sensory lifestyle brand with an emphasis on craftsmanship – Le Labo.

Contemplating all this, it becomes crystal clear that William Lauder has been enormously devoted to the betterment of the firm. His earnest efforts have given the firm a lot in terms of prestige and revenue. It really takes the impeccable vision and the stupendous capability to become like Lauder.