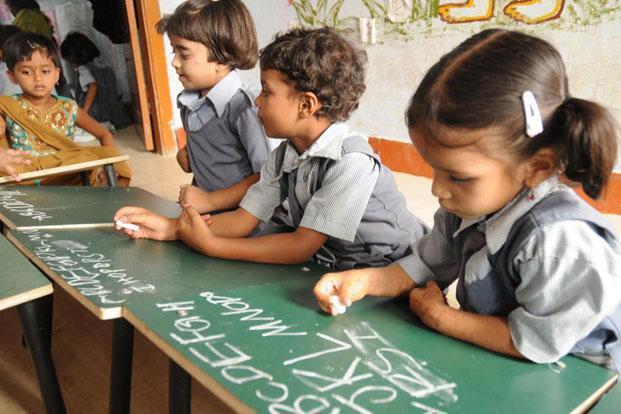 India is nationally recognized across the globe for its highly capable engineers and renowned doctors. Several of the major contributions to the world are attributed to India. In today’s competitive world, India continues to shower miracles and create wonders. Its highly skilled professionals uphold the nation’s dignity and pride to a large extend and promotes India’s educational standard. But before the modern outlook on education came into existence in India, it was largely dominated by religious mode of learning. Let us take a sneak peek into the past and learn a little about the introduction of western education in India. The British ruled over India for almost a century starting from 1858 till the attainment of Indian independence in 1947. British administration in India brought about several reformations in the Indian society. Huge changes were forced to be quickly adapted to the Indian culture by various acts and laws brought by the British. As often as the British are criticized for their dreadful deeds and policies, they are also accredited to the upbringing of a better and more standardized civilization in India. With the breakout of the Industrial Revolution, scientific discoveries and inventions stormed the western skies resulting in an outbreak of knowledge, power and wealth.

While the British government established roads and railways for the transportation and conduct of their goods and resources, it worked out to bring a positive impact on the Indian society. Likewise, in order to compensate for the increasing demand for industrial knowledge, scientific education was imparted to the Indian Society. This resulted in greatly altering the outlook of the nation. Thanks to the British influence, Western and Scientific education was introduced in India. It greatly replaced the prevailing mode of religious education and its outdated principles of learning. As time passed by, this type of education helped in contributing to the production of highly skilled engineers who showcased their potential on various occasions and stages in every corner of the world. Western Education also played a significant role in uniting the people in the freedom movement as English education provided a method of communication by which people from various parts of the country exchanged their views and ideals. In addition, Indians were given a chance to harness the power of science and use it to their creative knowledge resulting in new inventions.

The country during this time was rotting away amidst religious preaching and unscientific knowledge while the rest of the world was constantly in the phase of evolution. Monks and priests were trying to convert people into their religion and actively worked for the success of their mission. Education during this time was limited to religious practices and learning. It is without doubt, the influence of the British rule that greatly contributed to the upbringing of modern education in India. If it weren’t for the British, progress would have been a much tougher dream to attain with the cost of intense time and labor. The introduction of western education by the British government played the forerunner to the Indian system of education as it stands today.