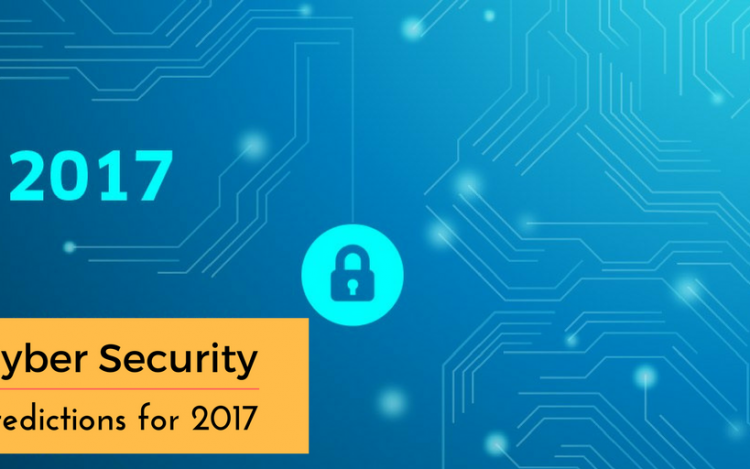 As technology takes over our lives, concerns regarding cyber security are becoming increasingly more vocal. These range from utter paranoia (such as machine domination) to valid concerns (such as misuse of personal information).

The need for cyber security is also becoming increasingly critical. This ranges from enterprise level security to individual security. Hacks by cyber criminals has not cost millions to governments and corporate, it can also severely damage the trust people have on essential cyber utilities, such as banks.

This has created a dire need for a top-notch cyber security apparatus. But before we spend millions on equipping this set-up, we need to understand what the threat is. Part of this is also about prediction. Where will the next threat come from? Which areas are hackers focusing on? Where should we focus on?

So, here are our top predictions for this year’s security threats:

Tech industry will become universal and so will the need for security: As technology becomes an intrinsic part of our life, especially as IoT takes hold, there will be no separate tech industry and every trade will have some sort of tech. Manufacturing is automated, hospitality uses cyber ware for record keeping and hospitality uses it for administration. The security system must also be able to seamlessly work across platforms.

The PC and mobile OS will converge: The mobile and PCs today run on different OS. For instance, the mobiles run on system like iOS, Windows or Android, while PC systems are Linux, Mac OS X, and Windows. But the finely marked distinction is slowly dissolving.

Just as iPad Pro now comes with a keyboard, the Windows 10 can now run apps. This will effect the security apparatus by converging the two.

Risk management will trump new security tech: While cyber security till now has meant just buying new software, the entire idea of security will start changing. Focus will shift to better risk assessment and management. Technicians will be asked to reduce risk factors, rather than buying n number of software.

Cyber borders will change and security will have to adapt accordingly: Information in a corporate is no longer what it was. The spread of tech and the cloud has changed the way information is shared. It is more open now with newly drawn borders. For instance, the parts of cloud must be open to partners like suppliers, consultants and so on. This means a cloud security systems that can adjust accordingly.

Apps vulnerability will make phones even more susceptible to attacks: The recent XcodeGhost attack shows that even iOS is no longer foolproof against malicious attacks by hackers. The chink in the armour here were weak apps. Hackers are now piggybacking on trojanized apps, releasing malicious attack on the phone OS.

Johnny Morgan is a professional asp.net programmers who has vast experience in developing a web application in less time. He is work with Aegis Infoways., a leading firm in the field of Asp.net Development.