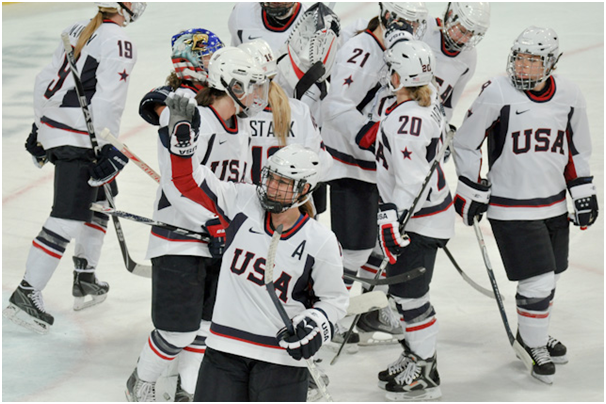 The USA women’s hockey team continued their preparations for this Summer’s Olympic Games in Rio, as well as the forthcoming Champions Trophy, with a victory over Chile in the second of a three match series played at Manheim, known as the ‘Home of Hockey’. Here we look at what happened in that game and how the USA team’s coach believes there is still room for improvement before the Olympics.

According to Philly.com, the move to the Spooky Nook Sports Complex in Pennsylvania has been an attempt by the team to regroup and rebuild after a disappointing performance at the 2012 Olympics in London where they finished 12th out of 12.

The 2-0 victory for the USA over Chile at Spooky Nook Sports on 17th May, followed their previous win on 14th May and both indicate that there has been an improvement since the 2012 Olympics. The USA then made it a hat trick in the final meeting between the two teams on May 19th when they beat Chile by 2 goals to 1. However the most interesting play came in the middle one of the three games and it was in that game that coach Craig Parnham identified room for improvement before Rio.

Getting Past the Chilean Defence

The game saw the US team try to put pressure on a resilient Chilean defence, which eventually resulted in a goal from Kat Sharkey in the 22nd minute. Katie Bam then made it 2-0 in the third quarter. Although in the final quarter the USA earned themselves a penalty corner, they were unable to capitalise on it and the score remained at 2-0. It is these penalty corners and set pieces that Coach Parnham believes the team need to refine ahead of the Olympics. This is what field hockey drills are used for, such as those from http://www.sportplan.net/. According to Lancaster Online the USA women’s team will start their Olympic campaign against Argentina on 6th August, so there is still time for them to make some improvements.

It remains to be seen whether the USA women’s team will improve aspects of their game before the Olympics but based on their performances against Chile, things look hopeful. As long as they improve set pieces and corners before Rio, then they have a good chance.