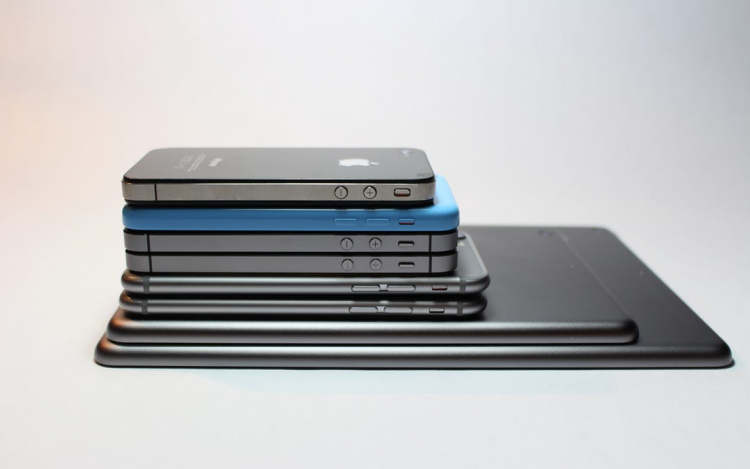 The mobile madness has arrived, and it shows no signs of slowing down. People cannot get enough of their pocket phones and all the smart things it can do. People are hungry for the next big innovation. It is easy to think that smartphones are not changing much, but those paying attention are seeing the revolutionary jumps smartphones continue to make, and 2017 has definitely been an exciting year in some of the following ways.

Most phones offered the famed 16:9 aspect ratio when watching a video, which is pretty standard, but it seems that this aspect ratio is changing. There were a number of phones introduced this year that came with the 18:9 ratio. Now, there were some small aspect ratio variations, but all of these variations were relatively close to this new 18:9 ratio.

This means movies and shows were being displayed in a bigger way. The change has been welcomed by most smartphone enthusiasts who were waiting to see their favorite online content on a bigger screen. It should be noted that some video formats will have to use letterboxes to make sure the image is not distorted with this larger screen.

Okay, everyone knows that the refresh rate for most phones has been 60 Hz for quite some time. This refresh rate has been more than adequate for some of the things that smartphones were capable of doing, but 2017 is helping smartphones step into the future by supporting a display with a 120 Hz refresh rate. This is exciting news because that means graphics, videos, and images are going to be refreshed quicker than ever before.

You are going to be able to see smoother images, graphics, and video content. There is no doubt that all those who love perfection when it comes to images are jumping up and down to see where this step takes the smartphone next. The group of people who will see the benefits of this jump in technology more are gamers because games require an excellent refresh rate to truly optimize the gaming experience on smartphones.

Out with Old SIM Cards

Most smartphones use SIM cards to connect a phone to a carrier. This means people have to purchase this piece of technology all the time to change carriers, which is a bit of a nuisance for some who just want to gift an old phone to a family member or a friend. It is also a nuisance for international travelers who need to buy an extra SIM card to make calls in the country they are visiting.

Well, it seems that 2017 is beginning to offer an alternative with the eSIM card, which is permanently installed in smartphones. These new eSIM cards cannot be removed, but you can switch carriers with the help of the software app menu. Purchasing unlocked phones, gifting phones, and traveling with them has never been easier than with this new piece of technology that will likely become common in all phones in the coming years.

One of the most exciting leaps into the future of smartphones has been taken place in the last few years. 2017 represents yet another year where augmented reality functions take a step closer to smartphone reality. The idea is to superimpose images or information on top of a video in real time.

You may not think it would be possible to use your smartphone to get information in real time by simply pointing your camera at an image, but Apple just purchased Metaio and PrimeSense, which are two leading augmented reality companies. Keep in mind that there are already Lenovo smartphones and Google phones offering augmented reality features, but Apple may be changing the game soon.

There is no doubt that phones continue to evolve as time moves on, and it is pretty exciting. Hopefully, these innovations just continue to make things better for people and the overall smartphone experience. In today’s world, a cell phone is essential. Contact a provider like Flash Wireless or someone similar as soon as possible to set up a cell phone plan if you haven’t already. You’ll find that it changes your daily life more than you would expect.