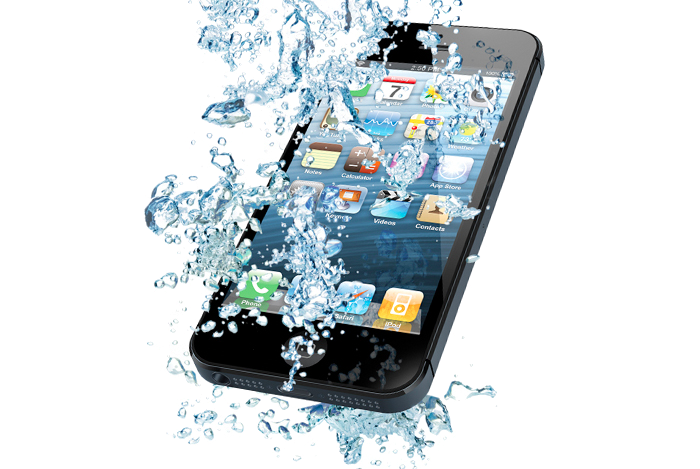 One of the worse things that can happen to your iPhone, by far, is that you drop it in water. Be it in the bathtub, the toilet or bidet, a wet iPhone will make an owner panic. It might seem like it is the end of your phone, but rather than panicking, learn what you can do to help yourself and your phone if you suffer this unfortunate mishap.

Dropping a phone in water is a common occurrence and one of the worst. If you drop it into a thicker liquid, chances are that it will not go into most of the phone and stick to the surface. Water is thinner and is capable of doing lasting damage to the phone is not dealt with properly. By following the list below, you can easily learn what to do when you drop your phone in any sort of liquid.

Get the iPhone Out

The first thing you have to do, if to get the iPhone out of the water. The second is to make sure that plugged in, if it is, unplug it very carefully. Don’t turn it on to check for damage, because this can short circuits the phone. If the waterlogged iPhone is still in its case, then remove it. Pull the SIM card out too, to minimize damage. It would also be wise for you to take the battery out, preventing it from damaging as well. Steps like these help reduce the number of places in a phone where water can linger.

Wipe the iPhone Down

One of the things you should avoid is activating the circuits inside the iPhone. The reason is that this will to lead to short circuiting – cause long-term damage. If the phone switched off before it fell into the water, the leave it be. Do not power it up to see if it works. The risk is that you might end up destroying it and leaving it unable to turn on again.  Another thing that you might be faced with is that your phone was turned off when it fell into the liquid. The best option is that you let it be, not giving into the nagging temptation of checking if it works or not.

It might be difficult, but after you have shaken off access water, leave the phone on a flat surface. It would help if you turn a fan off to make the drying process faster. Once it has been left for a few hours, try turning it on, only to power it off properly. This will work in your favor at the end.

If you were lucky, and your phone was in airplane mode, it would be a good thing for the phone if you let it rest. Normally, it would require forty eight hours for the phone to be out of danger. If it does not turn on after you have taken it out of the water, then take it to a technician or professional who can help you clean out and check your phone.

Anna Neil has instructed people about how to save their expensive phones in case of different damage. Water damage being the most common, the writer has many ways for customers to make sure it still works afterwards. For more on how to save your iPhone, consult with the experts user2.net.