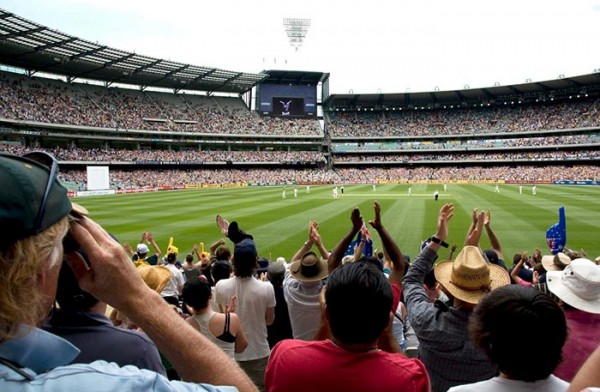 Sports fans are among the most dedicated people on the planet. They are eager to participate in various sports events. There could be millions of people who come out to celebrate specific sports event. When we are preparing to attend the game, we should know what to do. The first thing that we need to do is to bus the ticket. We should do our research and find the proper seats so we could watch the game from comfortable locations. In general, we shouldn’t settle for bad seats, although they are cheaper. Seats that we choose should maximize our experience. As an example, we may need to get a bit closer to the action.

If the game is particularly important, we need to arrive early. It means that we could get our car closer to the stadium gate and we don’t need to struggle to find parking spaces. While we are waiting, we could do many things, such as eating burgers or playing with our mobile devices. We should make sure that we bring enough beverages. It will cost much less if we purchase beverages and soda outside the stadium. Often, it is a good idea to bring more than enough food. We shouldn’t be the person who doesn’t have enough drinks and foods for people around us. We could bring mobile devices to kill, but preferably not a big tablet or smartphone that can be harder to hold.

The sports stadium is often associated as a place where we can find a lot of foods. The smell of the food could make us hungry, so it is a good idea to bring in enough money. When we go to the game, we should have enough gears to support our team. We could wear a shirt, jersey or hat that can be associated with our favourite team. When we are yelling or saying something, we should know why we do that. There’s nothing worse than yelling during inappropriate times. If we continue to do this, we will get some stares and some people may start an argument with us. We should act like a grown individual.

We often bring children to the sports stadium and we should make sure that they are feeling comfortable. We should make sure that they urinate at home before going to the stadium, so we can at least reduce the frequency to the toilet. If we have children, it is important that they are brought early. This could be an opportunity to show them how athletes do fielding, long toss and batting practices. The practice session can be as interesting as the game itself, because we could find many popular athletes practicing. In fact, this could be a good opportunity for us, get an autograph. Weather and temperature are two factors that we need to consider when we go to open stadiums. Some games are held in the middle of December, so if we want to go, it is important to be aware that we will be exposed to the cold weather for hours.